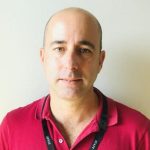 Hydrogen peroxide (H2O2) and lipid hydroperoxides (LOOH) are initiators and transducer of inter- and intra-cellular signaling in response to diverse environmental, pathological and developmental cues. The accumulation of both H2O2 and LOOH is often coincident in tissues, but it is unknown if this happens in subcellular compartments. If it were to occur, then it would be a factor needing to be considered in determining peroxide signaling specificity. The fluorescent protein biosensor roGFP2-ORP1 provided a basis to address this issue. We show that recombinant roGFP2-ORP1 is not only oxidized by H2O2 as often reported, but also by the fatty acid peroxides of lecithin-derived liposomes.  We constructed a modified biosensor called roGFP2-synORP1, which has greatly diminished specificity towards LOOH and increased reactivity with lower H2O2 concentrations than roGFP2-ORP1. These two roGFP2-based biosensors, targeted to chloroplasts, cytosol and the nucleus, were quantitatively imaged in parallel in Nicotiana benthamiana abaxial epidermal cells experiencing high light- and herbicide-induced photo-oxidative stress. From differential patterns of oxidation of these probes, it was inferred that the chloroplasts accumulated both peroxide types. In contrast, LOOH and H2O2 accumulated exclusively in the cytosol and nucleus respectively, which would provide for spatially distinct peroxide signaling pathways.